Originally a stop on the Old Spanish Trail that ran through Nevada long before Las Vegas was even a city, Blue Diamond is a historic mining town that never had its own restaurant -- until now. Surrounded by the scenery of Red Rock Canyon, Cottonwood Station is a bar, coffee shop and pizzeria all in one, built from the ground up in a modern rustic style that's an enhancement to the neighborhood without being a distraction. The evolving menu is kept small and simple, but with an artisanal touch and focus on fresh ingredients that are felt in the house-made sauces and dressings. Overnight-baked pastries and fresh waffles are top choices for mountain bikers stopping by for breakfast, but sundown is the best time to enjoy the breezy air and mountain atmosphere. Order a wine on tap, grab a seat under the bistro lights of the elevated patio, and sink your teeth into a fig, ricotta, and pancetta pizza.

Check out the entire article HERE

Las Vegas Weekly did a fashion photo shoot out in Blue Diamond, check out the full article here! 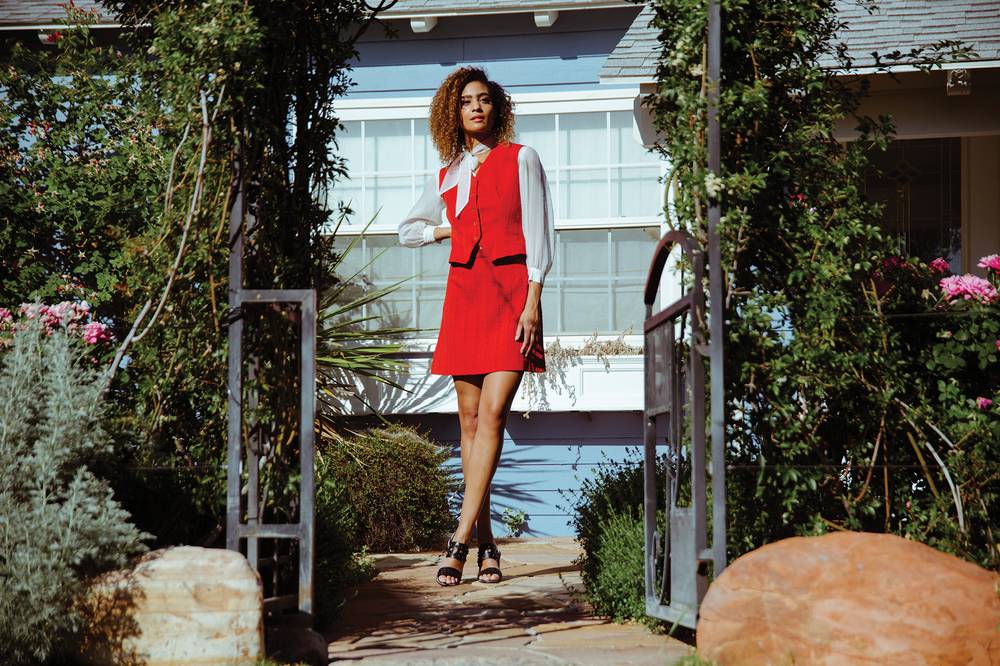 After living in Blue Diamond for 11 years, Steve Enger and Jody Lyman are finally getting to know their neighbors. And they only had to open a restaurant to do it.

Their Cottonwood Station Eatery, which opened in mid-April, is not only a place to get a meal (with good coffee) in the little village of 290 residents, but also a gathering spot — something they felt was missing.

“Every small town has a social platform,” Enger said.

They started thinking about the project several years ago. As the avid mountain bikers and hikers traveled around the world, they took note of what made each community gathering spot special and borrowed a few ideas. Inspired by a place in Bend, Oregon, they installed a heated 40-foot concrete bench on the deck for chilly winter nights. Broad expanses of glass let in lots of natural light.

Enger said the idea for a restaurant had been discussed over a decade; a large part of the reason earlier dreams weren’t realized was neighborhood opposition. People move to Blue Diamond for the slower pace, the views of the desert and Red Rock National Conservation area. They like the fact that instead of traffic, they hear the melodies of the coyote and burro, and that they can see the stars at night. Enger and Lyman wanted to be sensitive to that. 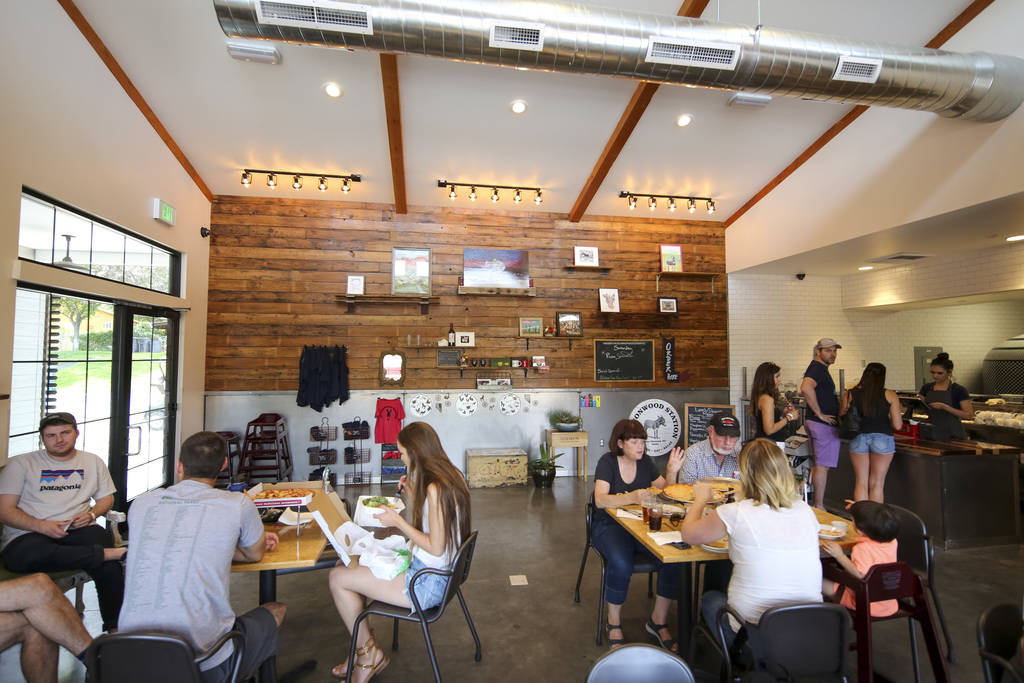 Cottonwood Station on the news!

A proposed restaurant and coffee house might be on the way to Blue Diamond, creating only the second dining option in the region and providing a potential pit stop and travel destination for "eco-tourists."

Located in the far southwest, but still only eighteen miles from the Strip, Blue Diamond’s population in 2010 was 290. Cottonwood Station would sit between two of the small town’s limited amenities, the library and convenience store, with the restaurant instantly become the neighborhood’s dining and drinking centerpiece.

Blue Diamond locals Blue Barn LLC are behind the proposal, hoping for permission to create a 1,980-square-foot restaurant with bar and add a 1,055-square-foot, outdoor, covered patio with a fire pit.

Imagined to be open from 6 a.m to 6 p.m daily and until 10 p.m on Friday and Saturday, the owners believe it will become a favorite destination for bicyclists and hikers. At issue for Clark County’s review board, the restaurant and bar’s very close proximity to the residential community. No timetable for completion has been announced, if they receive the necessary permission to proceed. 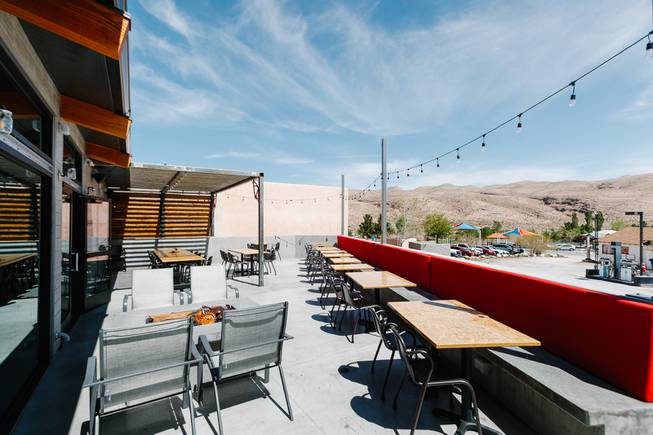 The sign at the entrance to the town of Blue Diamond reads:

This village is only 30 minutes from the Strip, but mountains protect it from urban sprawl. Breathtaking desert views make the town of about 300 feel like a world apart.

This mining town is home to a mix of nature lovers and old-timers. Both groups prize the small-town quiet. So, while last week’s opening of a new café might not register as a blip on the radar of Las Vegas, it’s monumental in Blue Diamond.

There’s a stark contrast between the sleek, modern architecture of Cottonwood Station Eatery and the town’s other place to wet your whistle, a combined gas station, mercantile and sheriff’s office. Its style? Movie-set western, but authentic.